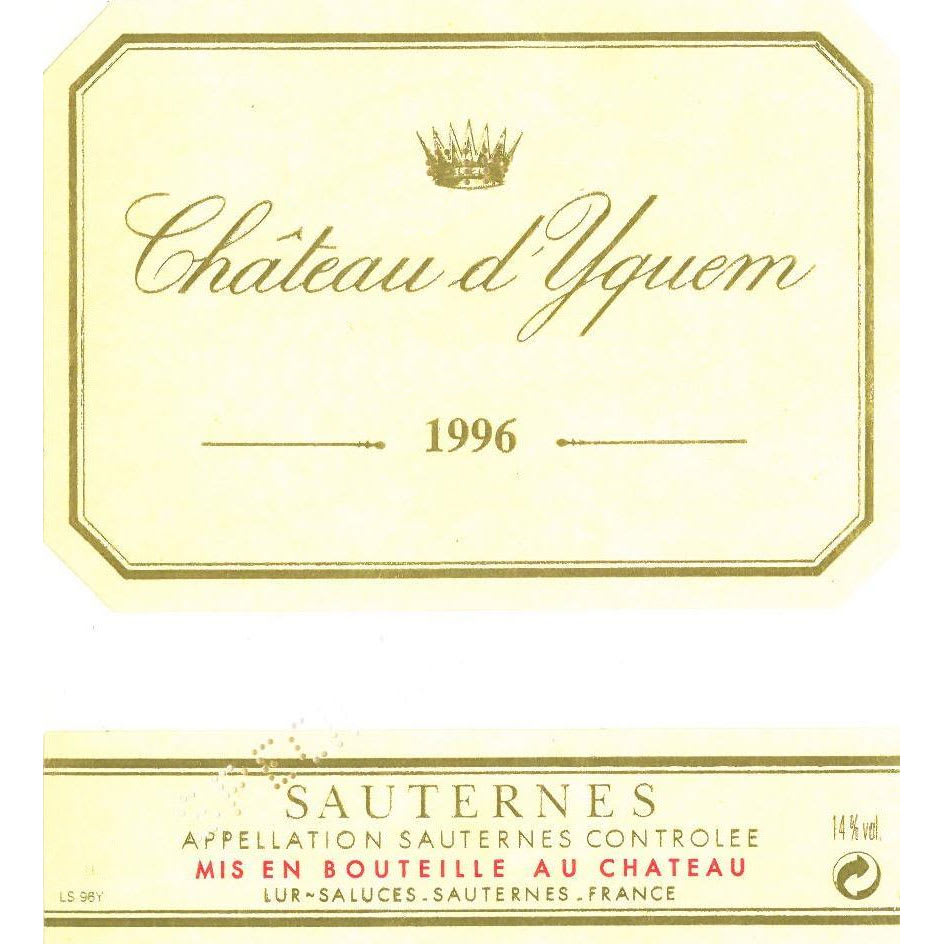 Dessert, Fortified & Fruit Wine by Chateau d'Yquem from Sauternes and Barsac, France - Bordeaux. Compared with the flamboyant aromatics of the 1997, Yquem's 1996 plays it closer to the vest, although there is a lot going on. Light gold with a tight but promising nose of roasted hazelnuts intermixed with creme brulee, vanilla beans, honey, orange marmalade, and peaches, this medium to full-bodied offering reveals loads of power in its restrained, measured personality. There is admirable acidity, weight, texture, and purity in this impeccably made Yquem. However, patience will be a virtue. Anticipated maturity: 2012-2060. Note: Yquem spends 42 months in 100% new oak. No cask tasting is permitted, and the wine is not released until 5 years after the vintage. For example, the 1998 will be released some time in 2003; the 2001 will not be released until 2006. -Wine Advocate